Anne Bisson Keys To My Heart

Only 2 left in stock

Anne Bisson Keys To My Heart 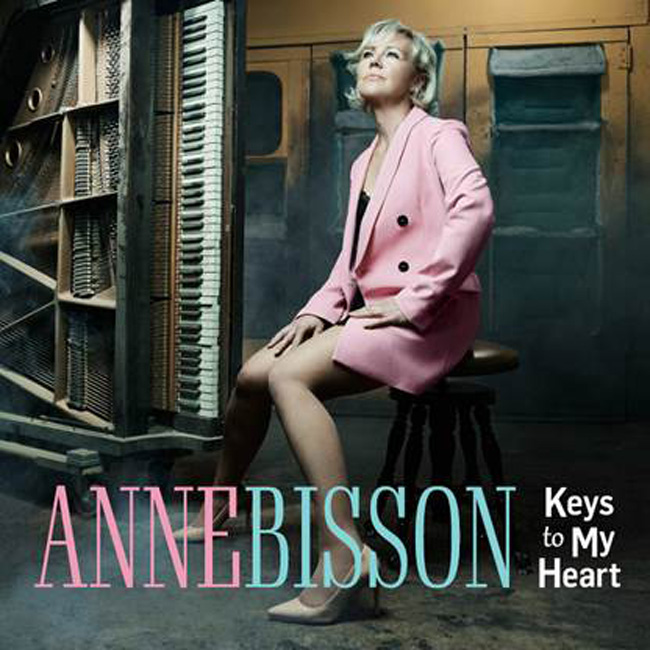 After a successful and diverse career of more than 20 years in almost every corner of the entertainment world, Anne Bisson returned to her first love, jazz, by releasing in 2009, Blue Mind, an album which brilliantly showcased her talents and musical creativity.

With 35,000 albums in sales, she now releases a new album on which she is joined in the studio with two Los Angeles ‘Jazz Giants’, Joe LaBarbera on drums and Darek Oleskiewicz on acoustic bass.

This new album, Keys To My Heart, contains eleven songs.

Two covers: “Killing Me Softly”, a perennial standard, “For Me, Formidable”, a beloved song from legendary French composer/singer Charles Aznavour, which Anne sings in both English and French, and nine new songs, co-written with Anne’s frequent collaborator and friend, Pierre Lenoir.

These songs create a unique world, Anne’s world, where they tell involving stories with warm and expressive performances that confirm the tradition of artistry and high audio fidelity that Anne has been known for so many years.

Anne quickly realised that for the album to be fresh, and for her to feel totally at ease with the two musicians she would only meet on the morning of the first recording session, she had to place her trust once again in the hands of Michael C. Ross, with whom she had worked previously on her very successful Direct-to-Disc Four Seasons In Jazz album.

Michael suggested she come down to Los Angeles to record at United Recording Studios in Hollywood, and that’s what took place on May 16 and 17, 2019.

Side A:
Killing Me Softly
Icarus
In A Whisper

Side B:
No Problem
Where Am I Now
Hour Of The Wolf
Side C:
Hunger In Your Heart
Slip Into My Limousine
Climbing In The Clouds

Side D:
I’m Sorry (J’ai d’la peine)
For Me, Formidable

We use cookies on our website to give you the most relevant experience by remembering your preferences and repeat visits. By clicking “Accept All”, you consent to the use of ALL the cookies. However, you may visit "Cookie Settings" to provide a controlled consent.
Cookie SettingsAccept All
Manage consent

This website uses cookies to improve your experience while you navigate through the website. Out of these cookies, the cookies that are categorized as necessary are stored on your browser as they are essential for the working of basic functionalities of the website. We also use third-party cookies that help us analyze and understand how you use this website. These cookies will be stored in your browser only with your consent. You also have the option to opt-out of these cookies. But opting out of some of these cookies may have an effect on your browsing experience.
Necessary Always Enabled
Necessary cookies are absolutely essential for the website to function properly. This category only includes cookies that ensures basic functionalities and security features of the website. These cookies do not store any personal information.
Non-necessary
Any cookies that may not be particularly necessary for the website to function and is used specifically to collect user personal data via analytics, ads, other embedded contents are termed as non-necessary cookies. It is mandatory to procure user consent prior to running these cookies on your website.
SAVE & ACCEPT